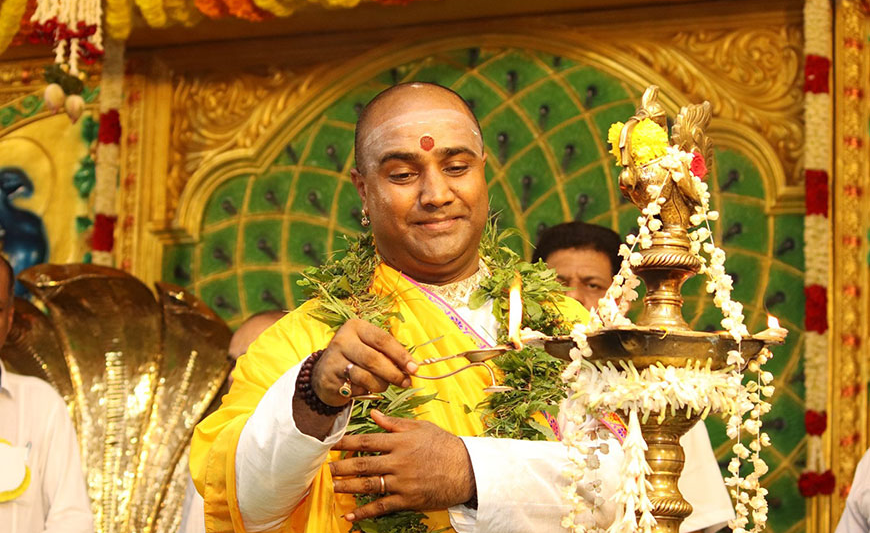 All the Ashrams of Om Saravanabhava Matham (ashram) are engaged in four essential tasks that are critical to the pursuit of Sadhguru Sri Sharavana Baba’s mission. These include,

Protecting, nurturing and uplifting the human race through righteous deeds, resulting in universal peace and brotherhood is central to Sadhguru Sri Sharavana Baba’s mission. One of the major instruments used by His Holiness for the accomplishment of these objectives is Vishwa Shanti Yagnas (food offerings given in sacrificial fire for world peace).

Every year during Shivarathri Sri Babaji performs huge yagnya performed by many priests, including the Athi Rudra Maha Yagnya and the Maha Rudra, participated by thousands of people from all walks of life.

Devotees from all over the world visit the ashram in Sreekrishnapuram during Shivarathri to witness these sacred and powerful yagnyas.


Similarly, every year large yagnyas are conducted in Calicut at Sri Jnana Dhandayuthapaani Temple, Mayiladumkunnu, Veliparamba, during the month of May / June. It’s not only a delight to witness these divine events, but also very energising and cleansing to partake in these auspicious activities, especially in the presence of Sadhguru Sri Sharavana Babaji.

Donate For a Cause